A Nigerian man has taken to social media to share pictures of a slay queen he spotted dancing with a strip pole at what appears to be a club and its spreading like wildfire.

What made the photos questionable is not only because she danced with a pole but the unnamed lady was also scantily clad while wearing a hijab. 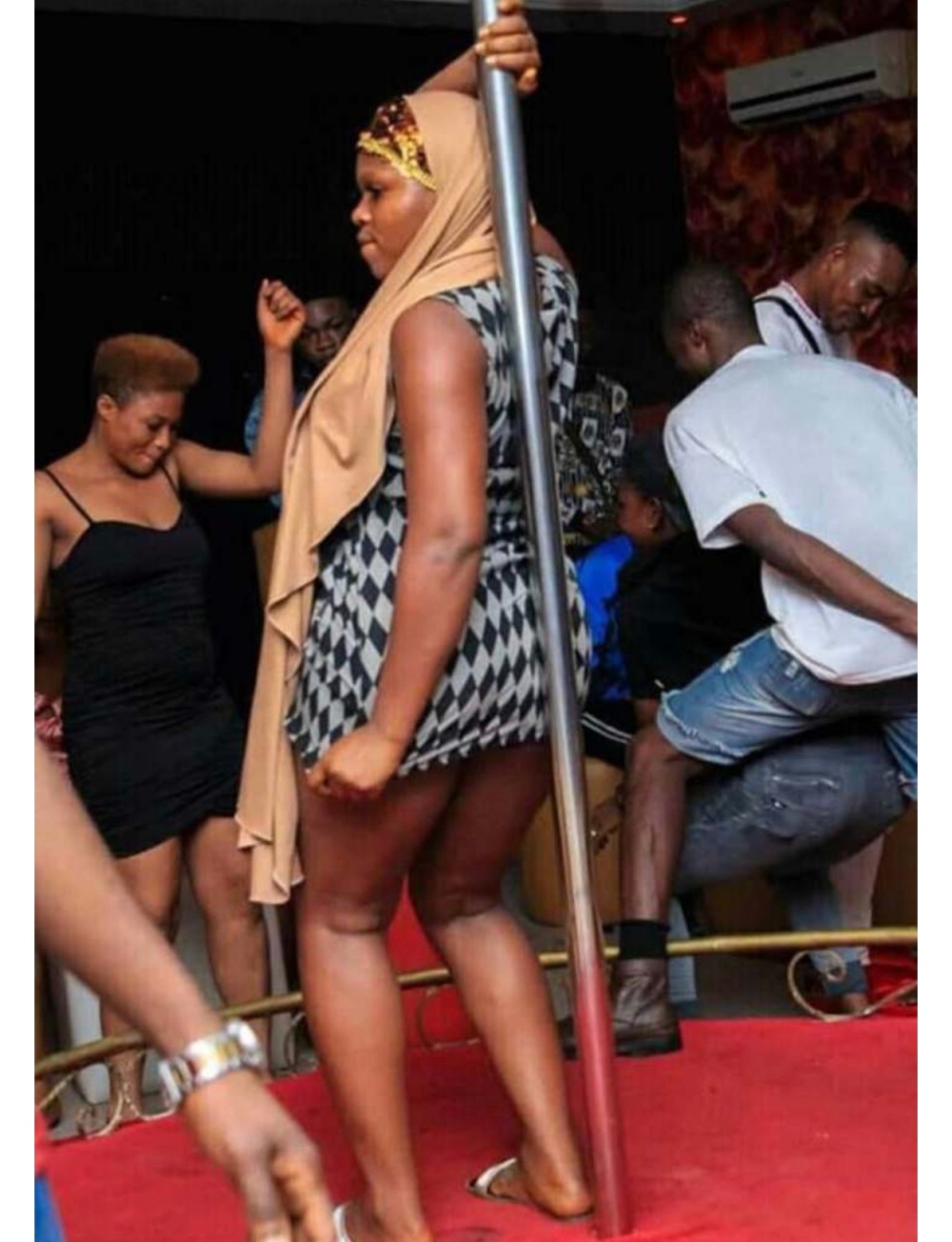 In the first photo, the dark-skinned lady was seen wearing a long hijab but in her more recent photo, she had ditched covered clothes for a tank top and bum shorts as people nicknamed her Khadijat to Kardi B.

The Nigerian man who said he witnessed it, revealed that other revellers at the club were surprised to see the “religious slay queen” doing her thing in hijab.

As usual, some social media users have not failed to tell their opinions about the photo.

For instance, Tife said :How on earth was that decency??Was there nobody to str¡p her off that Hijab??

b_cruz1: Hijab na normal wears. I don’t know why people think it’s the symbol of Islam… It’s the same thing as we borrowed shirt and trouser from the western world. Nothing is special about hijab .

Bugatti : They will soon kill this one. U know Muslim don’t play with this thing and yet you’re abusing it. If them kill u now…your people will come to social media to rant.

iam_ngowi :Wearing is wearing we don’t care of however what? We know even muslims are bad as they are many.